My hubby's job doesn't allow for much time off.  The most he can take off at a time is one week & he can only do that 2 or 3 times a year I believe.  And when he does do that it takes him close to a month to get caught up again when he goes back to work.  So we mostly plan to take lots of weekend trips in our motorhome.  Our goal is to do so once a month.  And that means we have to stay fairly close to home.  We didn't manage to go anywhere in October (early September was our week long trip we took right after buying the motorhome in late August).  But we did head south to the San Diego area for our November trip.  We stayed at "Chula Vista RV Park".  It was nice & I would recommend it, BUT someone we spoke with there said there was another RV Park in the area that had lots of fun stuff for kids, so if we do go back to San Diego again I think I'd rather stay where there's fun stuff for my son.  This place was nice, but geared more for senior citizens it seemed.  It was a little like the place we stayed at in Las Vegas--where some of the people were living in there long term & lots of people in there knew each other & played bingo there, etc. I guess this sort of thing is pretty common, it's just not something I ever recall seeing when I was a kid travelling in our motorhome. 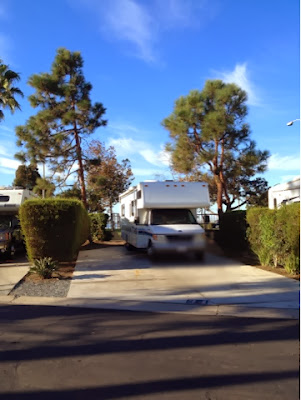 This was our campsite, if it's called "campsite".....I'm not really sure what to call it, but it had a picnic table to the rear of the motorhome, overlooking the bay.  {My hubby originally had planned to stay Friday night & head home on Saturday.....but I really wanted to stay Saturday night & head home on Sunday.  Our original reservations were for Friday night only.  On Saturday morning we asked about staying an additional night.  They were able to accomodate us, but had to move us.  So first we stayed here, right on the bay.  Then we moved to a site overlooking the marina.  It was actually nice to have had both views.  And the site overlooking the marina just seemed more roomy to me.  But somehow I forgot to take pics of the second site.} 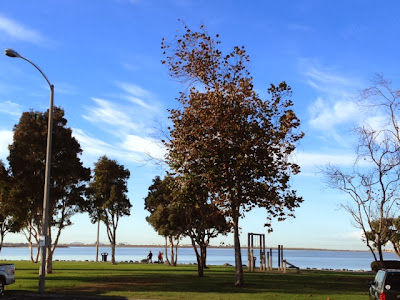 This was the view from the picnic table behind our motorhome. 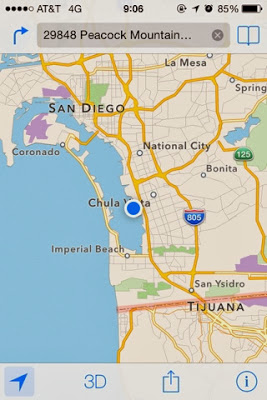 The blue dot on this map shows where we were, right on the bay 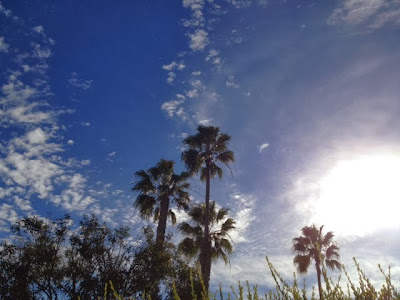 It was a gorgeous day 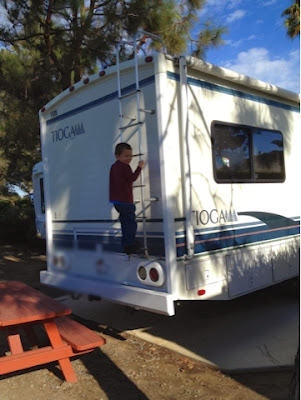 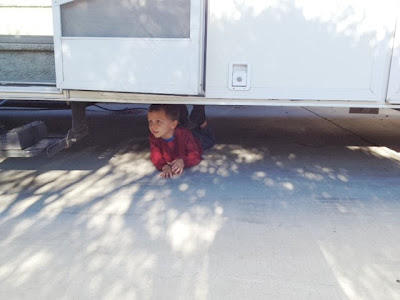 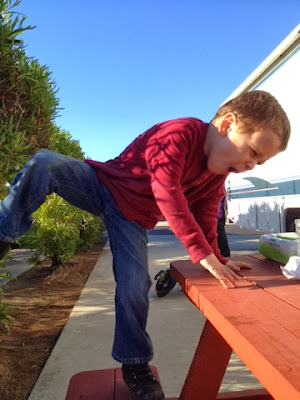 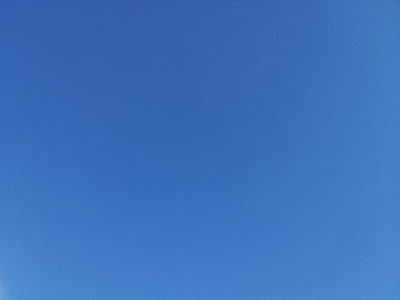 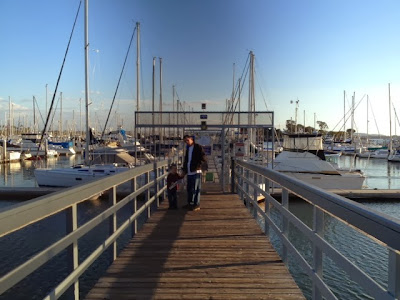 We took a walk on the marina 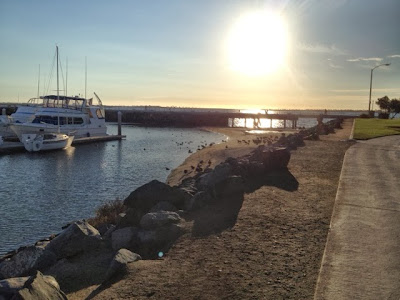 and had really gorgeous views of the sunset 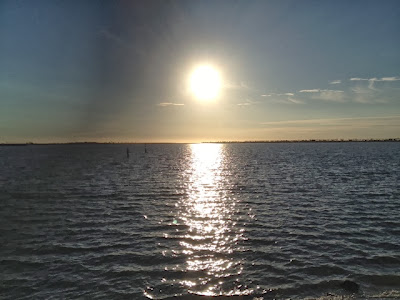 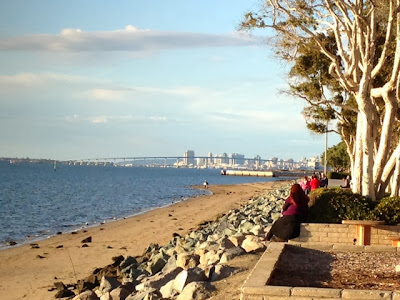 The Coronado bridge off in the distance 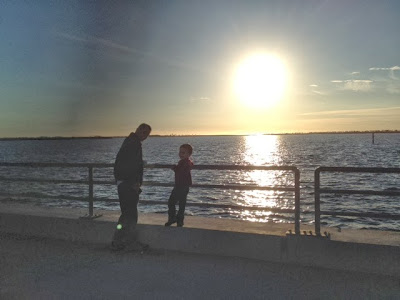 I love this shot I got of my boys 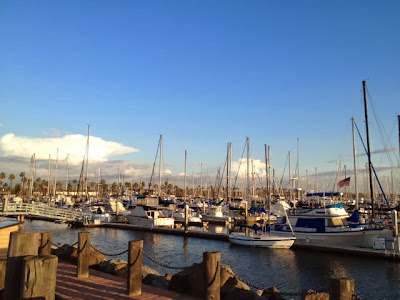 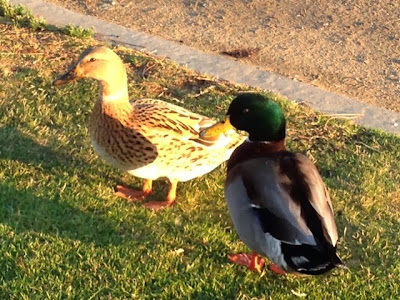 there were lots of ducks along the marina 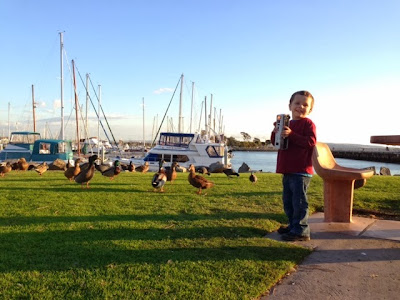 he was so excited to be able to get so close to the ducks! 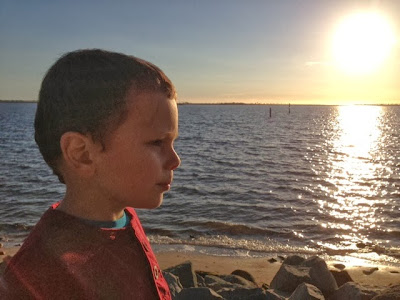 a gorgeous shot my hubby took 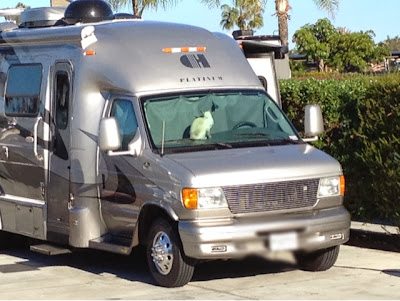 My son was excited to see this cat sunning itself on the dash of a neighboring motorhome (later we saw a second cat doing the same--I don't recall ever seeing people travel with cats in a motorhome!) 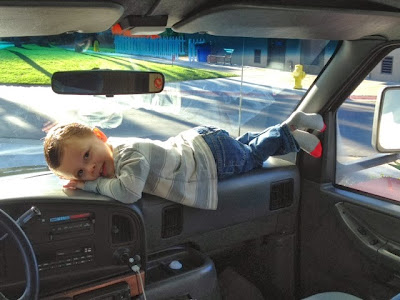 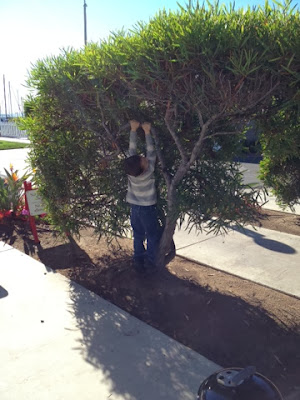 All in all it was a very nice weekend away.  We look forward to more trips like this as well as more longer trips.  My hubby says he is definitely addicted to RVing & I have been since I was a kid.  Lil J sure does love it as well, he was so sad when we went back home & returned the motorhome to the storage facility.