This is a copy of an article that appeared in Answers in Genesis magazine.  I thought it was a fabulous article that more Christians need to be aware of and wanted to share. 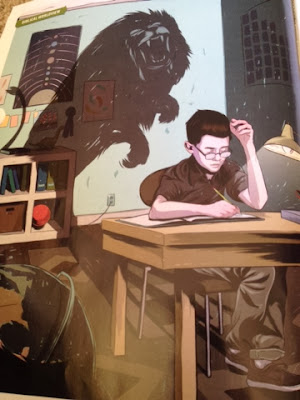 Be sober, be vigilant; because your adversary the devil walks about like a roaring lion, seeking whom he may devour (1 Peter 5:8).

The majority of those who homeschool want to create a safe haven where they can train up their children with a Christian worldview founded in God's Word.  They believe they are training a new generation of "soldiers" for the spiritual warfare that is raging all around us.

But the homeschooling movement is under attack.

The devil, as a roaring lion, is seeking any way to wreak havoc in the home and devour our children.  No place is safe, and it appears that he has found a way to infiltrate homes, where parents think they are strongest.

The parents' best "weapon" in training children really is the Bible, which is "powerful, and sharper than any two-edged sword" (Hebrews 4:12). Ephesians 6 gives details about equipping young soldiers, which must include learning how to use "the sword of the Spirit, which is the word of God" (Ephesians 6:17).

And that's where the devil sees a weakness.

Imagine two soldiers fighting with swords, but one sword is broken and useless.  You wouldn't want your child to be the one holding the broken sword.  Sadly, the majority of young people from the church have been equipped with broken swords, and two-thirds are losing the fight and walking away from the church by the time they reach college age.

The devil is trying to get homeschool parents to equip their children with broken swords.  How is he doing this?

THROWING DOWN THE GAUNTLET.  A recent article in the Atlantic magazine featured a new class of homeschooling parents who want what they called more "science" in textbooks published by evangelicals.  But sadly, by science they don't mean the observational science of modern genetics and physics; they mean historical or origins science, and more specifically they mean the historical or origins science of the evolutionists and old-earth beliefs.

In other words, a vocal group in the homeschool movement want textbooks to promote as truth the pagan religion of evolution and millions of years--a perspective that contradicts God's Word and will ultimately lead kids away from the truth.

WHY IT MATTERS.  The point I want to make again that I've made in churches many times over the past thirty-five years is that, although Christian acceptance of millions of years or evolution is not a salvation issue, it is a gospel issue, and it is an authority issue.

It is an authority issue because you do not get millions of years or evolution from God's Word.  Such beliefs come from outside God's Word, and then compromising Christians use them to undermine the truth of God's Word and thus undermine its authority.

AN OLD STRATEGY FOR A NEW BATTLEFIELD.  We are losing the coming generations from the church, and the major reason is the same method the devil has employed since Genesis 3:1--"Did God really say....."  This mindset has caused generations of young people to doubt and eventually disbelieve the Word of God and the gospel message.

The devil is out to destroy the Christian homeschool movement the same way he has been destroying generations of young people who grow up in the church.  If God's people in the homeschool movement (and the church in general) do not stand on the authority of God's Word beginning in Genesis, then the movement is doomed!

Don't be led astray when those who want to compromise with millions of years and evolution use the word science.  Remember, observational science that builds our technology is very different from historical science, which involves beliefs about the past--beliefs about origins.  The compromisers have used the word science to intimidate people for centuries.  Now they are attempting to intimidate homeschoolers.

Sadly many don't understand how the compromisers are brainwashing them by no admitting that they are mixing historical science (beliefs about origins) and observational science (empirical science in the lab that builds technology) together and calling them both "science."  The secularists use this trick to intimidate and falsely indoctrinate people to think that beliefs about origins are on a par with repeatable, verifiable observational science.

Does this mean that homeschooling parents should never expose their children to evolutionary ideas?  Of course not.  Homeschoolers certainly need to address different views about origins and other controversial issues in their teaching, but they need to do so in the clear context that God's Word is truth and compromising views are error!

The compromisers are trying to infiltrate homeschool households.  It is the devil's way of trying to undermine this great movement that was originally formed to raise up generation of kids to stand on the authority of God's Word and be the salt and light that the culture needs.  The devil has already been successful in infiltrating the organized church and many Christian schools and universities with this confusion.  Now the devil is using the same method against homeschool children, too.

Homeschool parents need to stand!  God's Word is just as powerful as it ever was, if wielded unflinchingly against the roars of the lion.

"Stand therefore, having girded your waist with truth, having put on the breastplate of righteousness, and having shod your feet with the preparation of the gospel of peace; above all, taking the shield of faith with which you will be able to quench all the fiery darts of the wicked one.  And take the helmet of salvation, and the sword of the Spirit, which is the word of God" (Ephesians 6:11-17).
Posted by Frau Guten Tag at 9/29/2013 03:07:00 PM