For some time now I've been wanting a membership or annual pass to somewhere.  It's funny how I never in my life thought of such a thing, but now that I'm a mom, especially a stay at home homeschooling mom, I want to be able to just go & not have to worry about having enough money to go.  And I want to go frequently.  I want to know that the costs are covered & we can just up & go & enjoy ourselves.  Also, there's the advantage of not having to feel the need to stay all day long & "get your money's worth".  Lots of shorter trips are a better thing with a young child.

I have taken Lil J to several very small "zoos".  There's one in San Dimas, it's free actually.  And there's the O.C. Zoo, which is very small & very cheap to get in.  Lately Lil J has been begging to go to the zoo.  So on Thursday of this week I took Lil J to the Santa Ana Zoo.  I had never been there before.  Anytime I hear mention of it people always add "it's sooo small".  But we've never been to this one so I decided to go check it out.  (We did take him to the SD Zoo about 2 years ago, but only that one time & I did take him to the LA Zoo recently with my sister in law)

It is small, although larger than the one in San Dimas & the OC Zoo, but it's VERY nice.  And it's so close to home for me, no hour & a half drive.  And the best part of all?  Lil J had a blast, he's begging to go back again!!  So I discussed it with hubby & decided to do a membership here & later on, when he's a little older, we can do a bigger zoo membership, when he's bored with this one.

So I am happy to say we are members of the Santa Ana Zoo.  This also gets us free admission & discounted admission to a lot of other zoos, including the LA Zoo & the Big Bear Zoo (I've been there, but long ago, before I was a mom).  So possibly while travelling in the RV we can visit some other zoos.  All in all I am thrilled & can't wait to go again, in the next few days I'm sure.  I'm hoping the passes arrive by then.....if not maybe my receipt will work??  I think I'll email & ask about that......  (I did email & they responded promptly that that will work as long as I have my photo ID as well)

In addition to animals, they also have a small train ride & a carousel.  I knew Lil J would want to go on the train, but wasn't sure about the carousel.  I thought he might not want to go.  Or if he did go that he would cry.  I was soooo happy to see that he wanted to go & he didn't cry.  He had a blast & can't wait to do it again!! 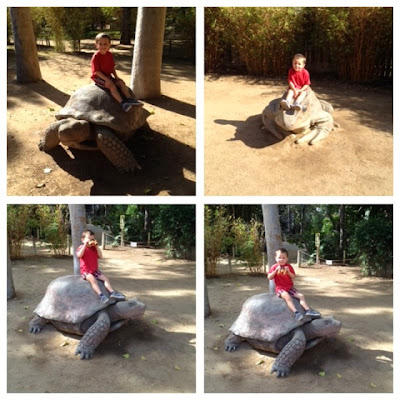 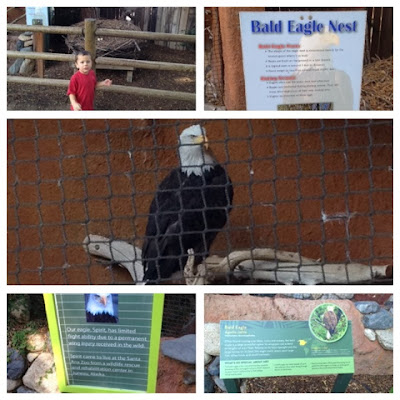 This eagle is HUGE; I don't know that I've ever seen a bald eagle up close like this before.  This one is injured & can no longer fly, but he's beautiful nonetheless. 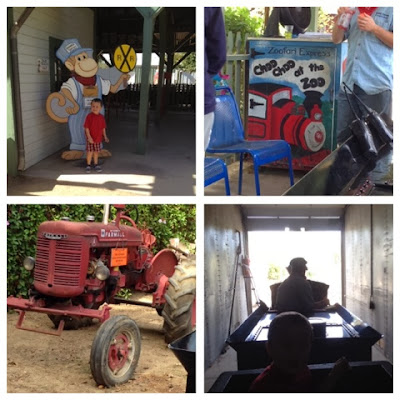 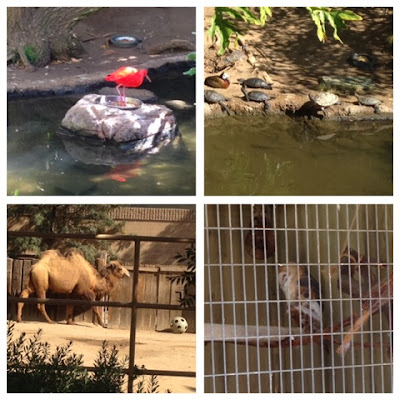 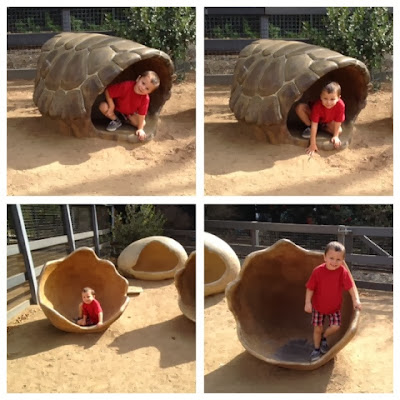 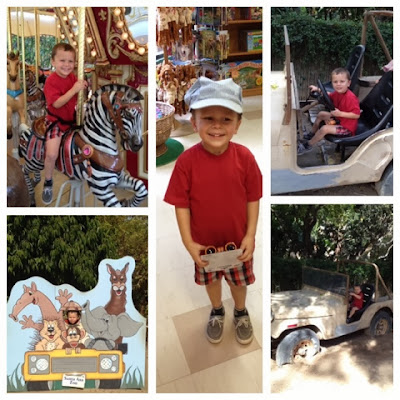 I wish my kid liked hats, but he doesn't.  I wanted to buy him this conductor hat, but I know he'll never wear it, so I didn't.  I did, however, buy him the binoculars.  His cousin has binoculars & ever since he saw them at his cousin's house I've never heard the end of how much he needs a pair of binoculars like his cousin, LOL!! 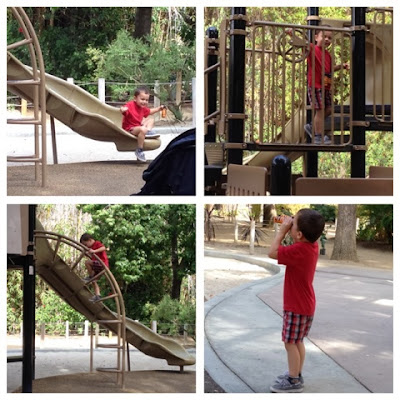 They had a little playground that he really loved as well.